Chaosity offers an awesome black design which is a bit fun to navigate. Additionally, you are presented with a huge library of scripts to use for game specific cheats and universal cheats. 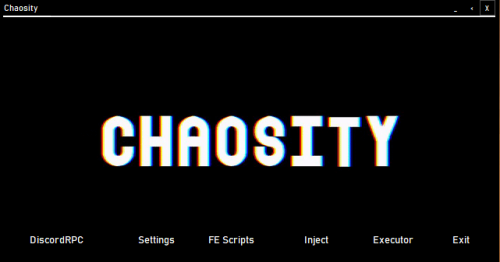 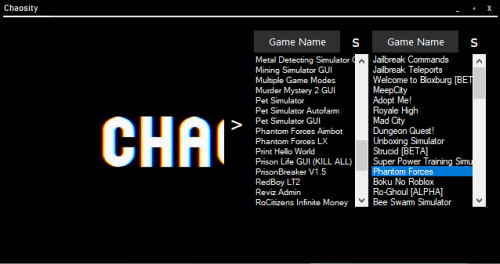 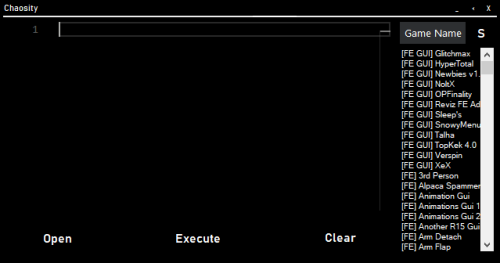 A popular YouTuber named Chaosity. Though the current channel isn't huge, they've had past channels which have grown quite successful.

Because the games update every week, we need to update too. We usually update within an hour, but it should only ever be 6 hours max. If you don't get an update after longer than that, then something is probably blocking the update from downloading. You may need to disable your anti-virus or firewall so the update can be automatically downloaded.

If you keep on crashing on injection, please close the game and wait 30 seconds before rejoining the game. This may take a few tries until a works. You may even need to try restarting your computer

Help with it crashing mid game?

Some scripts use too much RAM. Once too much RAM is used, your game will crash. The fly script, for example, will eventually crash the game after flying for a while.