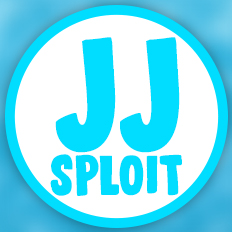 
Because it is powered by the WeAreDevs Exploit API, JJSploit offers a near full Lua executor. JJSploit also features click teleport, ESP, speed, fly, infinite jump, and so much more. A powerful all in one package. 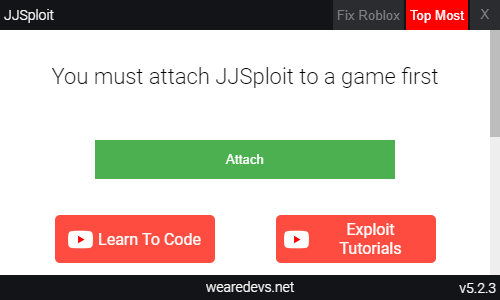 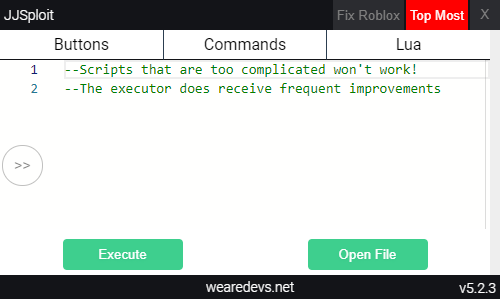 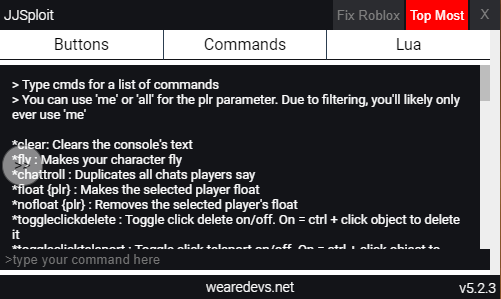 The notification means JJSploit is ready to use. You can now start executing scripts and using the button commands!


JJSploit has been a running project since mid-2017. Thanks to the WeAreDevs API, It has gone from a simple command-line cheat to a nearly full-featured Lua executor. With the introduction of a Lua executor, we've been able to add many more complex cheats. There are no paid advertisements and not even a key system! Just run JJSploit, join a game, then attach. We strongly value user convenience.

JJSploit was created by WeAreDevs, so you have our word that JJSploit is safe. Though anti-viruses will incorrectly flag JJSploit as malicious due to it's nature of exploitation. You will need to disable any anti-virus.

Because the games update every week, we need to update too. We usually update within an hour, but it should only ever be 6 hours max. If you don't get an update after longer than that, then something is probably blocking the update from downloading. You may need to disable your anti-virus or firewall so JJSploit can automatically download the update.

If you keep on crashing on injection, please close the game and wait 30 seconds before rejoining the game. This may take a few tries until it works. You may even need to try restarting your computer

Help with it crashing mid-game?

Some scripts use too much RAM. Once too much RAM is used, your game will crash. The fly script, for example, will eventually crash the game after flying for a while. Some scripts are also unsupported for long time use.

How can I report a new issue?