So I ran into an argument with a user called "Reversed", this is his profile WRD: https://wearedevs.net/profile?uid=59447 (focus on the v3rm one though), V3rm: V3RM Account

Both Reversed and I have a friend in common, turns out both of us contacted him and asked about each others opinion.
All of a sudden my friend told me that he's also known as Spare aka SparePowered whom I was aware of, since I've dealt with him a few times back in 2017.

Spare got banned permanently back then on v3rm because he scammed other people.

Here is the thread that got him banned back then: https://v3rmillion.net/showthread.php?tid=502296

You gotta pay close attention, since the guy who made the thread also said that he was known under the name "cipher". 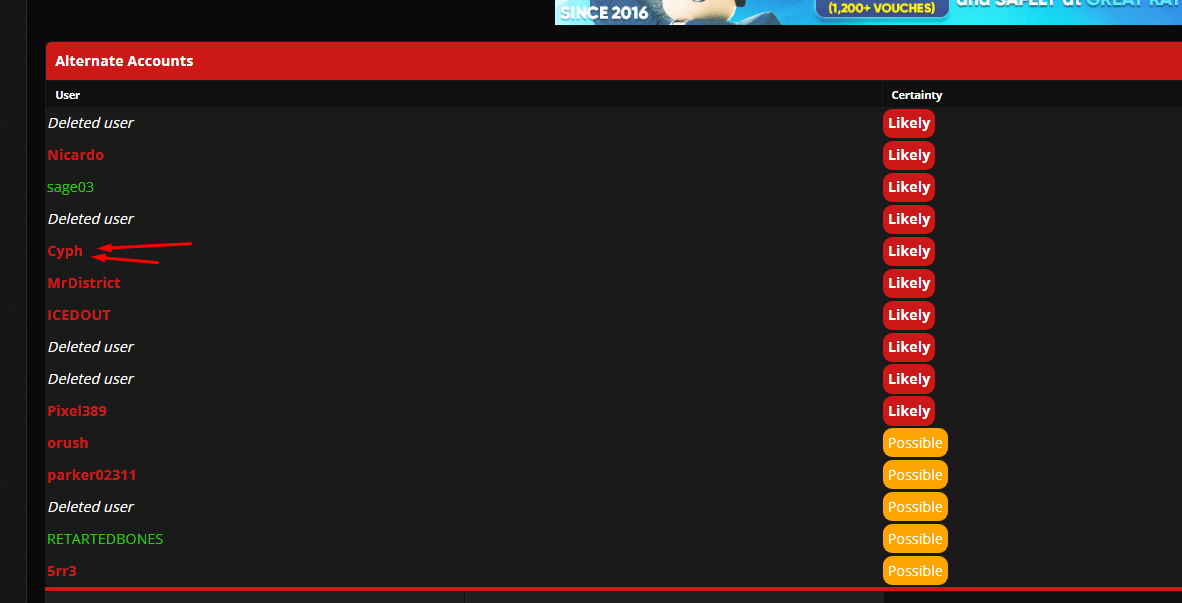 More proof about him being spare: 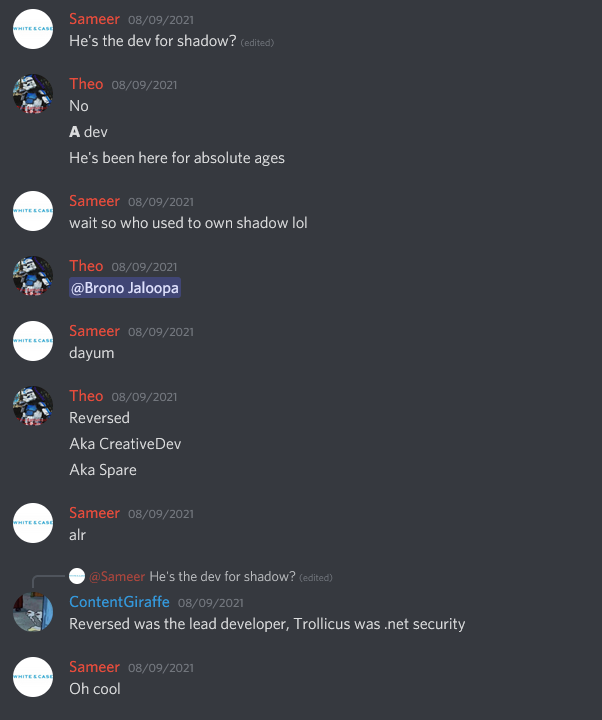 Uh, though reversed was a good person, but now im dissapointed.

i love u papi maximus <3

i am an icon :evil_face:

hasnt half of the people on v3rm ban evaded once lmao

@ThatPhoenixTrue but Reversed has done many scams in the past.

i am an icon :evil_face:

@chr1srbx i mean... its his past right? idk, this is so sudden bc like i never thought reversed would do such a thing, I've done stuff in the past and i don't wanna bring it up, so I'm not sure if he still does this but yeah i guess

Damn Reversed is known for making CWs on other people, didn't expect a CW on him

cw writer on other people jus got cw'd

dang what a sed lyf lol

Replies on the V3rm thread seem to indicate that Reversed may have an argument to make. So I'm just gonna wait and see if his ban gets revoked or if not or whatever.

i thought he was a good guy...

I like to develop in python, html, css, js and bash

@deadlocust He started attacking xyba in every v3rm thread he made, after the cw on him before he got banned, showing how childish he is for suposedly being 21 years old.

Nearly every competent developer on V3rm has scammed or ban evaded before lol. To me this seems someone being butthurt.

well, if he has learned from his mistakes that doesnt mean he is bad.

I'm cringe for saying this as well but like he would of learned from his mistakes? right..

Your not rlly wrong but the subject is iffy